The von der Lippe of Norway

A wide spread family that is still alive are the von der Lippe from Norway who came from Bremen in the 17th century and settled in Bergen. As an obvious sign of their westfalian origin they used a heraldic sign with a Rose with four leafs and a bar crossing through the coat of arms (bastard line?). Some parts of the family may have used the 'Turnierkragen' seal, but this should [ or maybe 'it is probably'; this is a very archaic grammatical structure in the original] be an usurpation.

Description of the coat of arms from the book “Norske slektsvåpen” by Hans A.K.T. Cappelen, 1969(he has also a Website with heraldic information: http://www.cappelen-krefting.no):

“Split in two in silver and gold by a black bar to the left, in the first area a red rose. On the helmet a red rose between silver wings.”

For example the  Internet Domain vonderlippe.com is registered by a norwegian maker of musical instruments.

Three different branches are to be distinguished:

I. Jacob von der Lippe
from Bremen, got the right of a citizen [I am not sure, if this is the right expression] in Bergen at January, 17th, 1655 and died 1702 leaving a wealth of 3512 Reichstalern [one of the currencies at that time]. He was married to Gjertrud Hermannsdatter (Hermannsdaughter) Senncchen. 5 children.

from Bremen, died around 1703, got the right of a citizen in Bergen 14. October 1680, became Stadthauptmann (town captain??, responsible local government official) and married with royal permission of 19. Mai 1680 his cousin Menche Jacobsdatter von der Lippe (daughter of  I.) , 7 children.

Based on the current  name law in Norway nobody can use the ‘von der Lippe’ name freely because there are less than 200 persons with the name von der Lippe (This and many other information I am grateful to Jan von der Lippe).

The best known person with that family name in norway is the actress Anneke von der Lippe. She was born at July, 22nd, 1964 and has been an actor in several movies and theatre plays. She was even nominated for the Emmy (best foreign TV series). Even if she didn’t get it, she won several other prizes like two times the norwegian Amanda Prize of the norwegian movie industry, the international Chaplin prize and the Danish Brodil prize. Some of the movies and TV plays where she participated are listed in the Internet Movie Database. 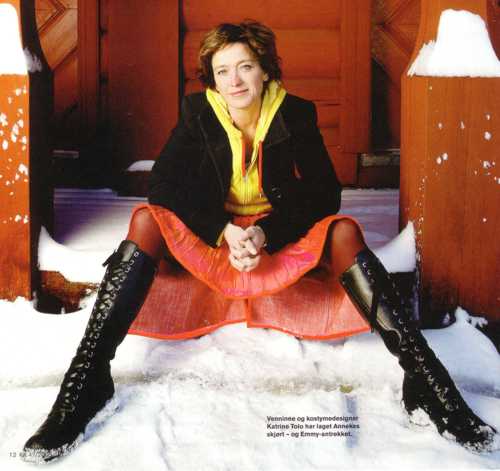 Interestingly the familiy name can be seen in the public. Here an examle of the “von der Lippe” Street in Oslo. 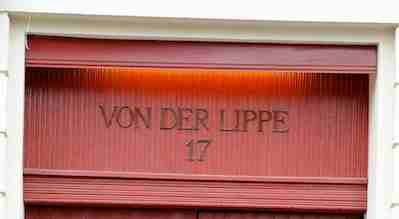 And now some additional impressions from norway: